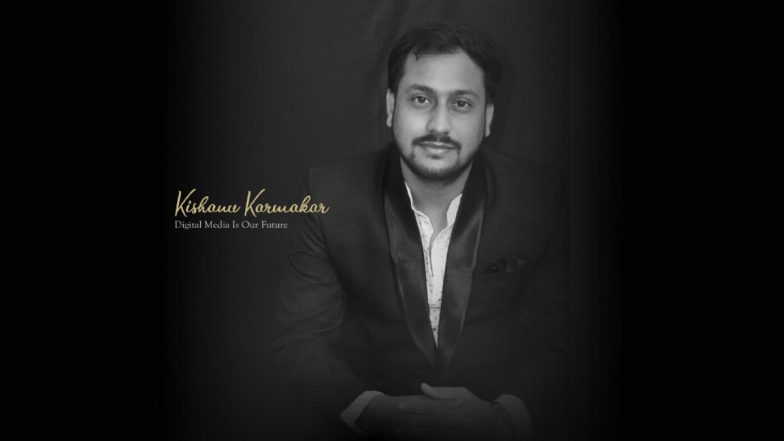 Everyone is aware of the growing influence of digital media which has revolutionized India. The wave of this revolution has developed social media, the Internet and technology at every step, and its pros and cons are also known to all. Make good use of all this, whose work and creativity have helped to make its identity. It is none other than Kishanu Karmakar is a well known digital entrepreneur from Jaipur.

The way the lockdown trigger has increased everywhere due to this COVID-19 pandemic that started in 2020. People’s lives and businesses continued to deteriorate, and then Kishanu Karmakar took on the task of explaining the power of digital media to the people. Passionate about social media and the Internet from a young age; Understanding his growing influence in the future, he embarked on this field. Today we all know the power of social media and the Internet; it is considered to be the pillar of society where you can communicate your point of view to the people. Today, Kishanu Karmakar is a multi-talented personality in his field, known as Digital Marketer, Author, Influencer and Social Media Expert.

A start-up created by him in 2013 has today become a marketing company, with the help of which millions of companies have the opportunity to develop. In addition to being the founder of SNK Creation – Media Company, he has also built a reputation in areas such as Google SEO, Instagram Algorithms, Marketing Researcher and Business Blogging. During the interview, he said that “digital marketing is a practice in which success must be achieved every day”.

In today’s era, all businesses and individuals have been linked to the digital and internet marketing network. Kishanu Karmakar has become an expert in digital marketing in the business world thanks to his skills, his impactful ideas, his intelligence and his innovative strategy. The praise for his work is heard from emerging artists in the industry to well-known brands. As a digital media entrepreneur, he has learned a lot from his 11 years of experience, skills and marketing practices and has become a reason for success for others.

Right now the trend of social media and digital is creating a storm in the market, in such a situation it is nothing less than a golden business opportunity. Kishanu Karmakar, who believes in it, has proven that today the power of the Internet is able to give a different place to the company. With that goal in mind, he has not only illuminated countless businesses, individuals and brands with his digital marketing expertise, but also brought him a coveted position. Well-known celebrities, actors, artists, singers, influencers, entrepreneurs, companies, brands of India are associated with them and use services like digital marketing, social media and media advertising. His fame is nothing short of a celebrity and has become an inspiration to millions of young people and bloggers.

It’s hard to imagine what will happen next; but it was imagined by Kishanu Karmakar, who knew from a very young age the digital impact of the future. Developing his line of thought, playing the role of a versatile character, he has transformed into an iconic brand. His name does not require an identity, he is well known to all as an author, digital marketer and influencer. Kishanu Karmakar, who has become a role model for others, has touched those heights with his knowledge, where everyone dreams of coming. It is counted among the Top Digital Entrepreneurs of Jaipur, and that is why it is called the leader of digital media.

Beware of the risk of staff absorbing digital media tasks