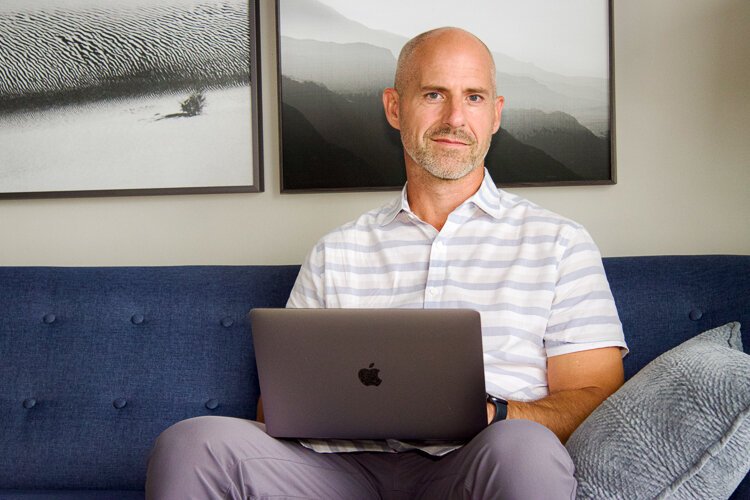 Grand Rapids has a creative identity, with an underlying focus on the arts. Within this identity, digital media and cinema live. Many up-and-coming and nationally acclaimed filmmakers call Grand Rapids their home, with the western Michigan region serving as the backdrop for their creative and commercial work.

Joel Potrykus is a screenwriter and director, making feature and short films for 25 years. He also writes for various film publications and develops script notes and festival strategies for production companies. Potrykus works closely with the next generation of local and regional filmmakers as an assistant professor at the film and video department at Grand Valley State University (GVSU).

“GVSU has the best filmmaking program in the state,” he says. “That’s why I first attended school as an undergrad. They have retained their 16mm film production equipment, so they are able to educate younger generations on the exact process that filmmakers went through 100 years ago, which is what the overwhelming majority of film programs cannot claim.

Although many students still choose to study film and media, the local and regional scene these days is a little different from when Michigan’s film incentives existed. Deb Havens was founding chair of the board of the West Michigan Film Video Alliance (WMFVA), which was formed in 2005 in response to layoffs from major production houses. “The West Michigan media market was suddenly flooded with highly skilled creatives, many of whom left the state to work, but many decided to stay and start their own businesses,” says Havens.

The following year, incentive legislation was even more generous and could be applied to commercial and industrial projects as well as film, Havens says, which helped nurture and develop local West Michigan talent.

The WMFVA has made it its mission to connect film program students with professionals as well as workshops and has worked to keep graduates local — rather than leaving to work in other states. When Governor Snyder ended Michigan’s movie incentives program in 2015, Havens and his fellow filmmakers were left in the dark. Appeals to the Michigan Film and Digital Office were routed to the Michigan Tax Tribunal Office, she said.

Although Potrykus says many of the film crew fled town for a more active film community somewhere across the country when the filmmaking incentives left Michigan, he still sees some kind of determination. and dynamism among those who have remained local. “For the most part, the directors stayed, determined to continue making films in their hometowns without the interference of the regulations that come with large-scale production,” he says.

Locally, there are various resources available for both students and industry professionals, in terms of equipment, workshops, networking and guidance. “GRTV and WKTV are the best resources for training and free equipment for those who don’t know where to start or who may feel too old to go back to college and start over,” says Potrykus. “They lend their equipment to anyone, as long as they take a certification course there. Otherwise, there are occasional get-togethers and screenings where budding storytellers can meet like-minded filmmakers also looking to break into the industry.

Chair and associate professor of digital art and design at Kendall College of Art and Design at Ferris State University (KCAD), Susan Bonner, is an award-winning digital producer and director. She has helped many artists and designers kickstart their careers in entertainment arts and multimedia design, including 2D character animation, motion graphics, and storyboard artists.

She describes the regional film scene as more independent, mostly underground, with celebrations and film festivals being the main way to show the works. Bonner thinks it’s important to keep local talent in the pipeline. “KCAD students and alumni are versatile,” she says. “Students graduate with 21st century skills, industry connections and a strong creative portfolio that will propel them forward. We are committed to creating lasting impact in West Michigan and beyond through collaborative partnerships and cultural innovation.

A local project designed and developed by the students is the Adventure in the old streetsa live role-playing game in collaboration with Grand Rapids Public Museum.

Although Bonner asserts that local resources like The Community Media Center — a multimedia support organization — exists, she would like to see more employers offer internships to animation, storyboard, video and motion design students and emerging professionals. 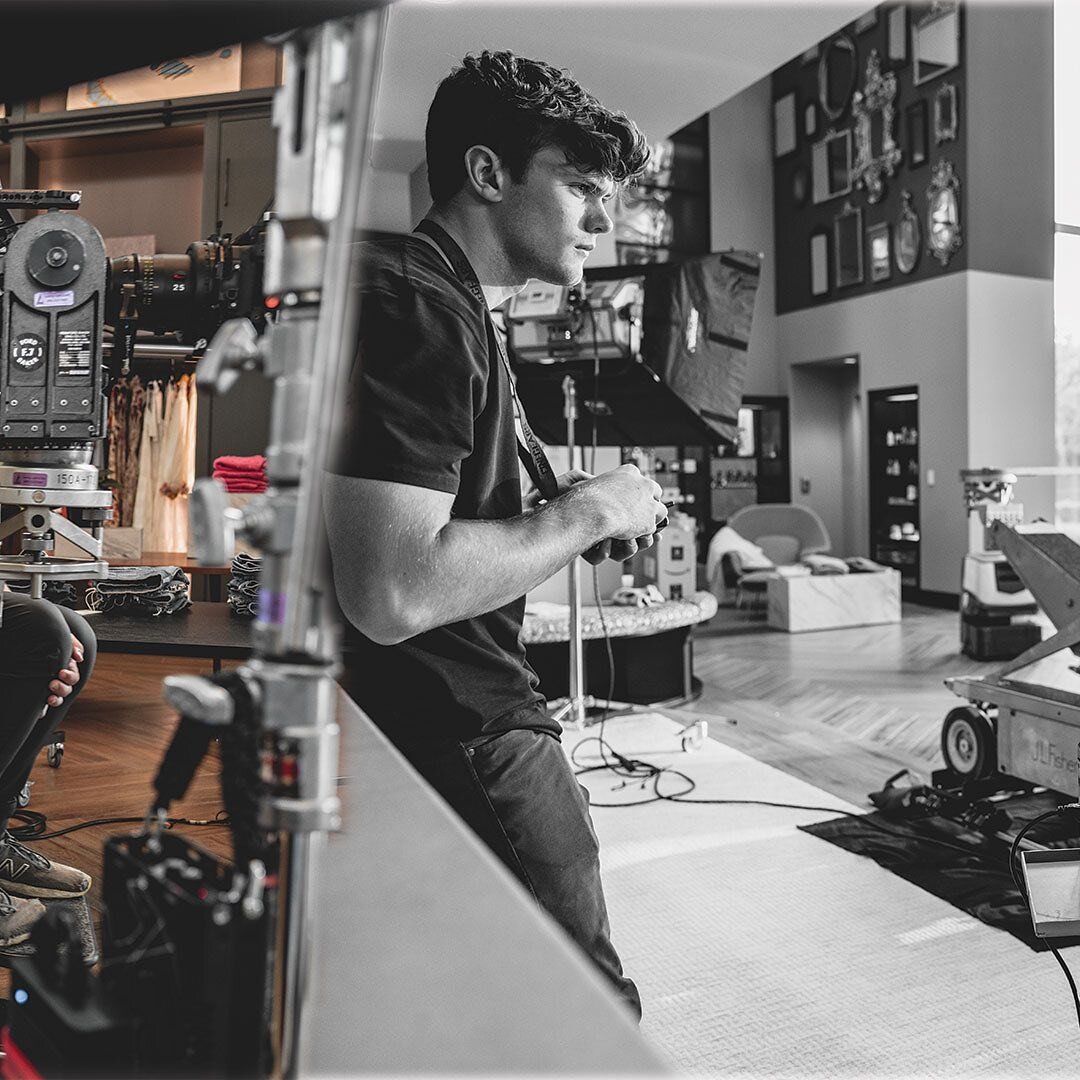 Founder of Photos of the taproot, Karl Koelling, agrees that students could benefit from more hands-on industry experience. Koelling attended film school at Compass College of Film & Media in her thirties, calling it a “second career.” Taproot was founded in 2004 as a part-time company focused on documentary-style projects. The business became a full-time business in 2006, with the addition of commercial-type projects. Today, they focus on business work, marketing-related videos for agencies and clients, and storytelling. Taproot has produced work for Spectrum Health, Chevrolet, and even a 30-second Super Bowl ad for Gerald R. Ford International Airport.

“I understand that as a student it’s hard to get that real-world experience, but I think the more these programs can focus on giving kids hands-on experience, the better off they’ll be when ‘they will come to us,’ he said. said.

Just as Koelling’s career path led him to the business side of filmmaking, some local college programs are embracing this aspect as well. While schools love Compass College of Film & Media require internships as part of their programs, Koelling says there is a shift happening in the program. “[Compass is] trying to build the business side of this program, too. It’s always been more about movies and films, but they recognize that the commercial movie scene is another viable option, so they’re trying to build that. 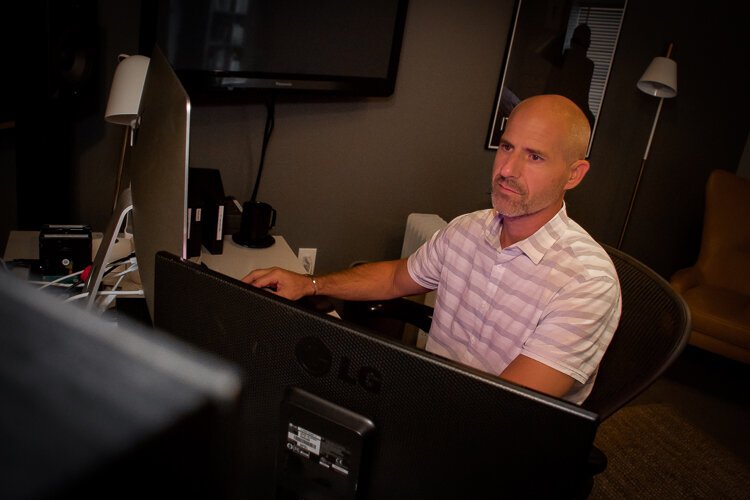 With demand for video at an all-time high, Koelling sees the present as a great time to get into video production. “There doesn’t seem to be any sign of slowing down,” he says. “People love to consume video, in all its different formats. Whether it’s a six-second reel, a 30-second spot, or a movie, I’m just amazed at the appetite for it.

With advancements in technology and distribution platforms increasing at a rapid rate, there is also a need for people in the field to increase their skills more frequently. Locally, places like Braincell Camera in Wyoming, loan equipment to the community. The Movie Camera Rental House offers popular modern and vintage movie cameras, lenses and accessories for film, television, commercial and corporate productions.

Koelling says the cameras are popular in major markets and cities. They’re especially useful in Grand Rapids, where not everyone owns $150,000 worth of lenses. “It’s not something you can afford to buy in a small business. It’s a pretty cool resource. You can access remarkably good equipment at a remarkably good price. If you’re really trying to up your game, there are tools out there that just do things that the cheap stuff doesn’t. To be able to get into those markets and be competitive, it’s really nice to have those kinds of resources in town.
When it comes to the future of the West Michigan film scene, many in the industry are hoping for a sequel to film incentives and legislation. The bipartisan Michigan Film Incentive bills are now before House and Senate committees, with more information available from the Michigan Film Industry Association website.

Although Koelling and many others in the industry have seen many of their filmmaking friends leave the area to work and work in New Orleans and Atlanta, he describes today’s production company community as tightly knit. “I wouldn’t say it’s huge, but the people there are great, very talented and very capable.”

Photos courtesy of Tommy Allen and the Taproot Facebook page

Our three-part series on West Michigan’s creative industries is made possible by the Grand Rapids Chamber and the Michigan Film and Digital Media Office’s Creative Industries Rebound Grant.

Through our solutions journalism storytelling platform, we seek to illustrate how West Michigan’s creative community is responding to their current challenges as our creative sector builds bridges so future opportunities can flourish here. .

Sarah briefly lived in Grand Rapids years ago before moving back to Lansing, but that West Michigan love never really left her heart. With her coverage of small business, arts and culture, restaurants and all things mitten, she’s committed to convincing everyone – just how great the Great Lakes State is. . Sarah earned her degrees in Journalism and Professional Communications. You can find her at a record store, at a local concert, or eating too many desserts at a bakery. If by chance she is not in any of these places, you can contact her at [email protected]