By Marc L. Jackson Last updated May 28, 2022
Share
India’s traveling public is growing frustrated with the country’s airlines, according to a survey for Bloomberg, saying customer service and airline staff behavior have deteriorated sharply as a result of Covid-19.

Some 79% of 15,000 airline passengers surveyed by LocalCircles said they believe carriers in India are compromising on passenger comfort and cutting corners in the wake of the pandemic, making the reopening of this country worse. which was before Covid the fastest growing aviation market in the world.

SpiceJet Ltd., followed by the country’s largest airline with a 55% market share, IndiGo, topped the list of airlines whose services were rated as the most unsatisfactory. Complaints from all the airlines included flight delays, shoddy in-flight service, poor boarding procedures and dingy plane interiors.

SpiceJet said it prioritizes automation, technology and sustainability to improve the customer experience. IndiGo said it is also focusing on digitalization to provide customers with a contactless travel experience, noting that using technology from check-in to boarding and beyond has helped it reduce waiting times at airports.

The findings come as Indian carriers find themselves receiving some degree of backlash from passengers. In a recent high-profile incident, IndiGo banned a disabled teenager from boarding a flight, saying the boy was causing a disturbance and could pose a security threat.

The aviation regulator launched a preliminary investigation into the case which concluded that IndiGo failed to comply with the rules and that its staff treated the passenger improperly. The investigation is ongoing. IndiGo said in a statement at the time that it had made the “best decision possible under difficult circumstances”.

Aditya Jha, a New Delhi-based writer who witnessed the incident firsthand, said IndiGo “isolated” the child and “deprived him of his basic human right to fly”. Passengers on the flight, some of whom were doctors, tried to convince IndiGo that it was perfectly safe, to no avail. “Airline service has definitely deteriorated since the pandemic,” Jha said in an interview with Bloomberg. “There is no alternative to flying, but there are certainly alternative airlines.”

In another video that recently went viral, a woman is seen suffering a panic attack after Air India Ltd., now under India’s biggest conglomerate Tata Group, blocked her from boarding, claiming she had arrived after the door closed.

While many airlines and airports around the world have been taken aback by a faster than expected rebound in travel as pandemic prevention rules are relaxed and Covid tests fall, Indian carriers – known for their Cut-throat fares – are particularly in trouble.

The country has a large domestic market and lured by still-cheap tickets, customers have returned to airports in the tens of millions, stretching an aviation workforce exhausted and weakened by one of the world’s worst Covid outbreaks. . At the same time, soaring fuel spending has weighed on balance sheets just as airlines try to increase capacity. 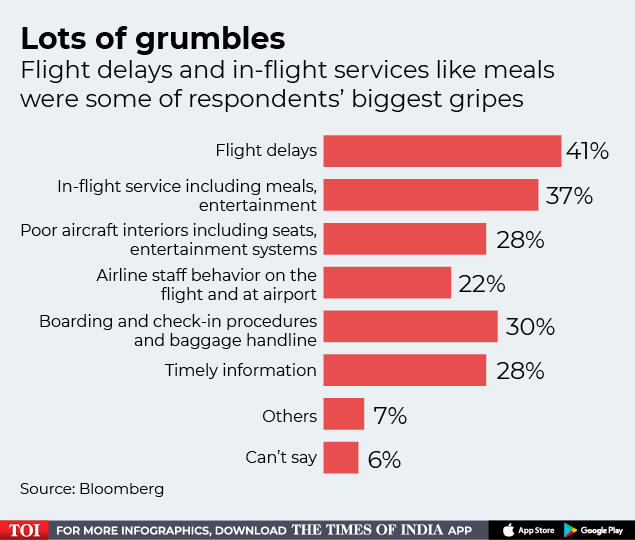 As demand returns, it has become more difficult to meet passenger expectations in a world where people are told to live with the virus. Some are picky about sanitization standards or don’t eat on board while others object to wearing a mask all the time. A tired cabin crew can end up venting their frustrations in counterproductive ways.

“Airlines don’t have a customer service playbook because customer preferences have changed and they are still clinging to straws trying to figure out what the customer wants,” said Ajay Awtaney, editor. from the aviation website LiveFromALounge.com.

Widespread staff shortages and disgruntled labor forces do not help. IndiGo, which plunged back into the red in its last quarter, laid off 10% of its staff in 2020 and asked all employees to take unpaid leave last year. SpiceJet postponed wages and, when passenger traffic plunged to near zero during India’s second wave of Covid, paid some employees based on their working hours.

As airlines try to recruit more crew, the reality is they won’t be able to do so at the rate demand is rebounding, Awtaney said. Experienced crews are meanwhile being poached by upstart carriers Akasa Air and Jet Airways India Ltd., and new recruits must go through a three-to-four-month training process before they can board a plane, he said. .

Indian airlines are also charging more for ancillaries at a time when they are raising ticket prices to combat fuel costs. Cost-conscious travelers have to pay 200 rupees ($2.60) for a boarding pass at the airport if they haven’t checked in online, for example. Civil Aviation Minister Jyotiraditya Scindia said he would review the practice, introduced to reduce touchpoints in the wake of Covid, after a SpiceJet passenger complained. 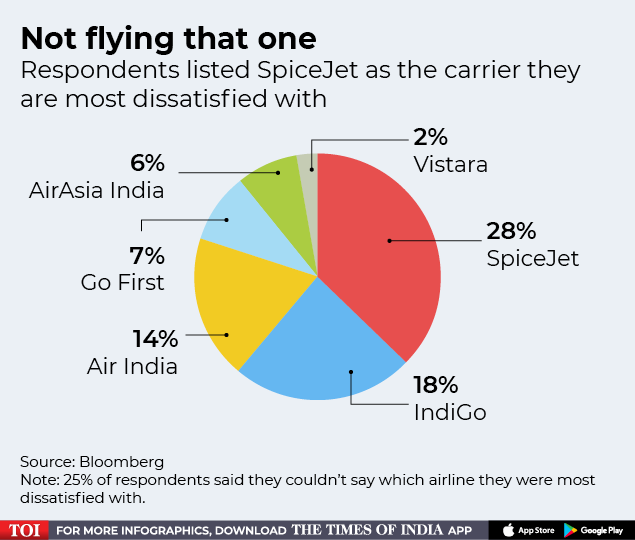 Passenger dissatisfaction may also be amplified in India, where no-frills carriers account for 85% of the market. While traditional US and European carriers — full-service airlines that have frequent flyer programs — may waive fees for premium members, in India, loyal passengers can often still find themselves in a more transactional relationship.

There was a time when airlines did their best, but given that fares are now the lowest in the world per kilometer flown per passenger and ticket prices have not increased in proportion to aviation fuel costs , this is no longer possible, said Jitender Bhargava. , former chief executive of Air India.

“Let the airlines treat this as a warning and fix the issues,” he said. “The client is king.”