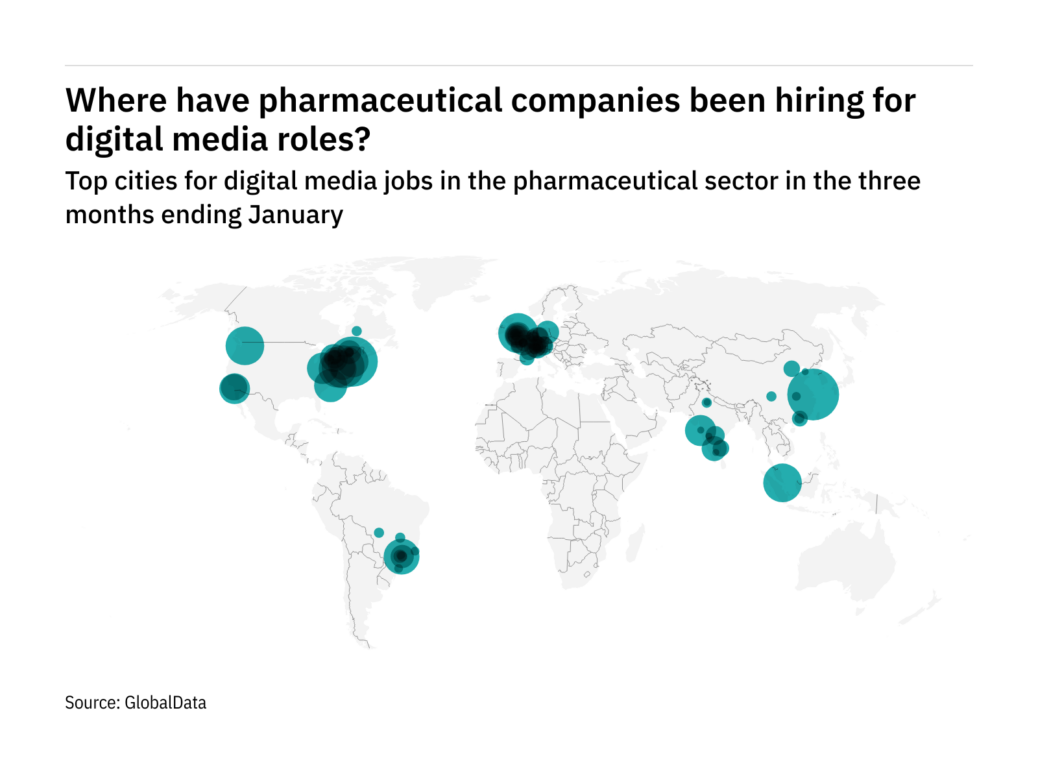 North America extended its dominance in digital media hiring among pharmaceutical companies in the three months to January.

The number of roles in North America accounted for 49.5% of total digital media employment, up from 45.1% in the same quarter last year.

This was followed by South and Central America, which saw a 0.5 percentage point year-on-year change in digital media roles.

GlobalData’s thematic approach to industry activity seeks to group key company information by topic to see which companies are best positioned to weather the coming disruptions in their industries.

These key topics, which include digital media, are chosen to cover “any issue that keeps a CEO up at night.”

Which countries are experiencing the fastest growth in digital media jobs in the pharmaceutical industry?

Data, insights and analysis delivered to you
See all newsletters
By the Pharmaceutical Technology Team
Subscribe to our newsletters

The top country for digital media jobs in the pharmaceutical industry is the United States, which saw 46% of all advertised jobs in the three months ending January.

Which cities are the biggest hubs for digital media workers in the pharmaceutical industry?

Some 3.4% of all pharma digital media roles were advertised in Shanghai, China in the three months to January – more than any other city.