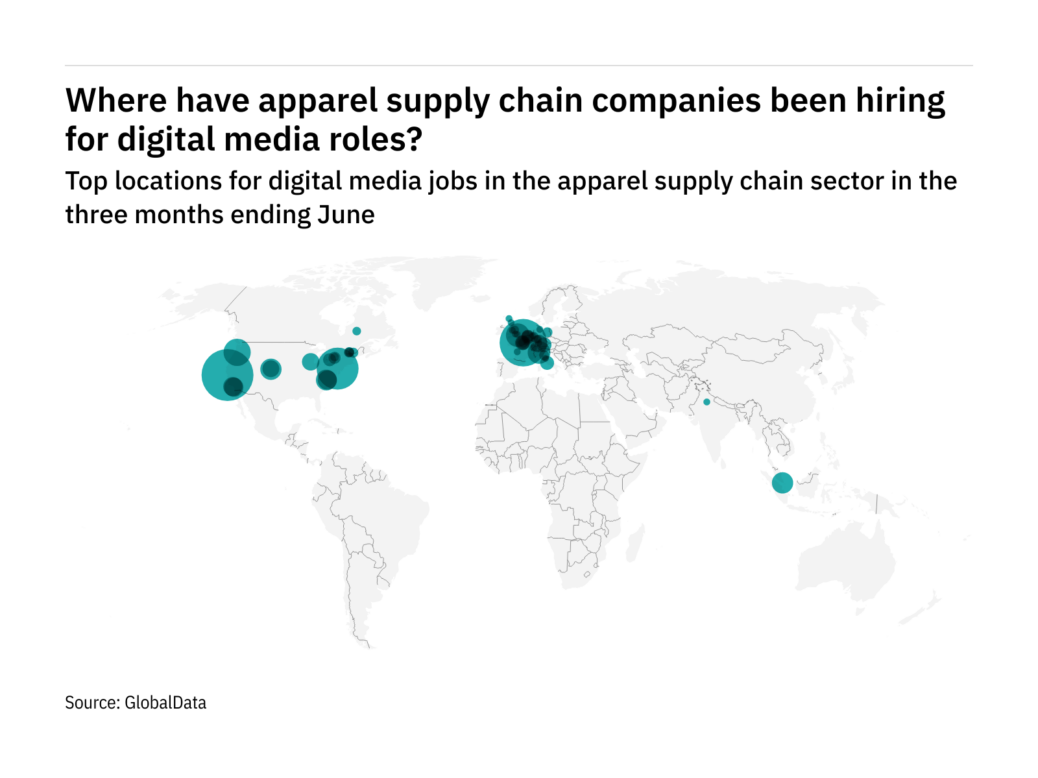 North America extended its dominance for digital media hiring among apparel companies in the three months to June.

The number of positions in North America accounted for 56.1% of total employment in digital media, compared to 49.1% in the same quarter last year.

This was followed by Asia-Pacific, which saw a 1.1 percentage point year-over-year change in digital media roles.

Tracking them through job postings allows us to see which companies are leading the way on specific issues and which are dragging their feet, and most importantly where the market is growing and contracting.

Which countries are experiencing the fastest growth in digital media job openings in the apparel industry?

The top country for digital media roles in the apparel industry is the United States, which saw 53.3% of all advertised positions in the three months ending June.

What are the most important cities and locations for digital media workers in the apparel industry?

Some 13.1% of all apparel industry digital media roles were advertised in San Francisco (US) in the three months ending June.

The proportion of apparel supply chain companies hiring for digital media roles increased significantly in June compared to the equivalent month last year, with 100% of companies included in our analysis hiring for at least one of these positions.