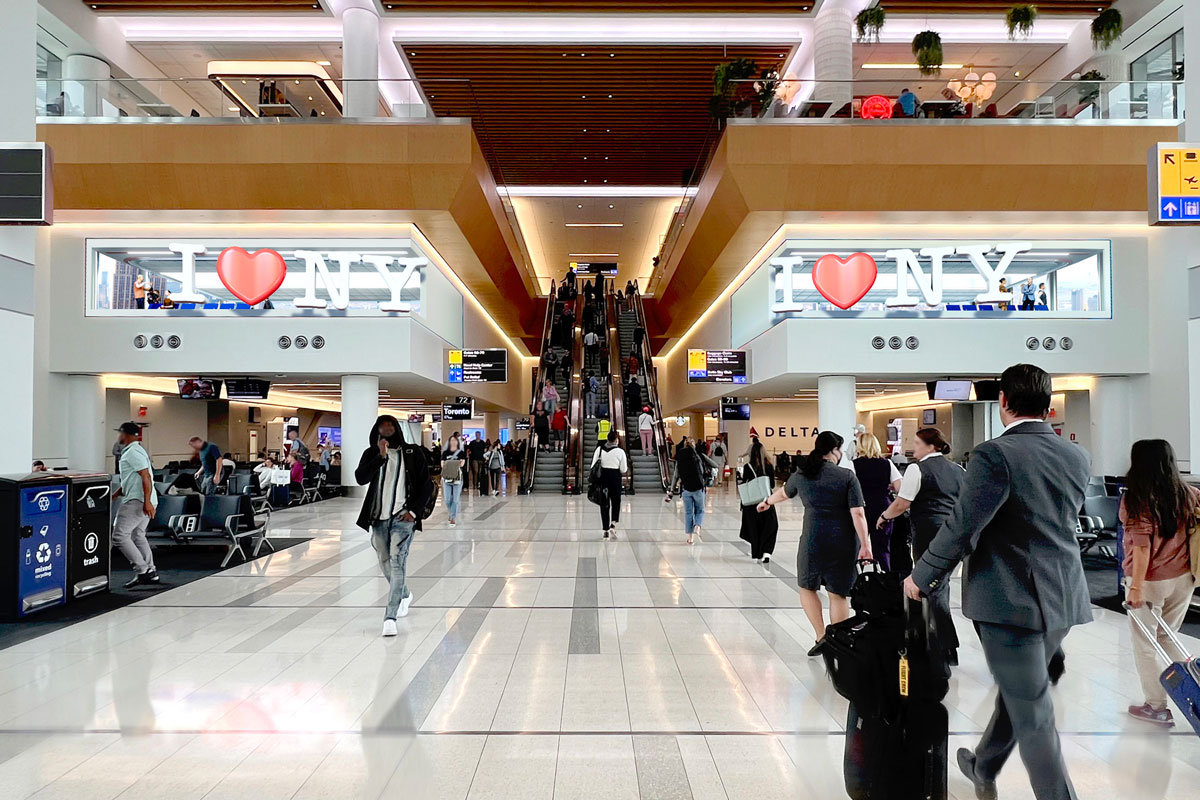 The Port Authority and Clear Channel signed a 12-year contract in November 2020 for the advertising franchise for all Port Authority airports. As part of the contract, Clear Channel has committed to modernizing the airports’ digital screens. Clear Channel is currently completing this contract and modernizing the entire advertising program at Newark Liberty International, John F. Kennedy International, New York Stewart International and LaGuardia airports, with over 95% of the overall investment dedicated to high-impact digital displays. . An award-winning digital media program was completed at LaGuardia Airport’s Terminal B earlier this year, with state-of-the-art digital displays now arriving at EWR and JFK later this year.

The resumption of air travel this spring and summer – some days exceeding pre-COVID 19 levels – signals that business and leisure travelers are once again heading to conferences, meetings and tourist destinations. The growing number of travelers creates an advertising environment for brands to reconnect with this valuable audience at LGA, JFK and EWR. Importantly, the return of air travel to pre-pandemic levels is now leading to a resurgence in airport advertising, which opens the door for marketers to help shape the experience and journey of consumers. consumers at major airports.

“It takes cutting-edge technology to create a world-class airport, and that’s exactly what Clear Channel has delivered with its investment in cutting-edge digital technology across all of our facilities,” the authority’s executive director said. port, Rick Cotton. “Spacious interiors, floor-to-ceiling windows, inspiring public art, iconic restaurants and shops, and Clear Channel’s extraordinary digital screens combine to meet the new standard of the Port Authority of New York and the New Jersey at airports: award winning, best in -class amenities befitting the region.

“The new digital media infrastructure deployed at our facilities aligns with the agency’s transformative redevelopment efforts across the region,” said Port Authority Chairman Kevin O’Toole. “The modernization of our advertising platforms is just one more step in the Port Authority’s broader efforts to deliver a world-class, 21st century travel experience to our customers.”

“The quality of media that Clear Channel designs and integrates into Port Authority airports is more than world-class and will play a vital role in transforming the passenger and advertiser experience as well as redefining airport media,” said John Moyer, SVP, Development. , CAC. “The new, state-of-the-art LaGuardia Terminal C digital media network is elegantly integrated into the terminal’s dramatic design and positioned and sized for maximum impact. The new unique 90 degree digital corners are also perfect for showcasing anamorphic content while being some of the best media in the area.

Overall, LaGuardia’s new Terminal C media network alone accounts for nearly 2,000 square feet of digital signage, most frontline or in high-population areas and more to come as d other halls will be open.

As LaGuardia is a welcome and farewell point for passengers in the NY/NJ area, Clear Channel is uniquely positioned to help brands connect with these key audiences arriving and departing from airports throughout the region in a 360 degree experience by reaching them on its myriad displays at the airport and throughout the city and region wherever they drive, walk or fly.

Exploring the possibilities of animation and digital media through the creative lens of Lyve Engine, LLC