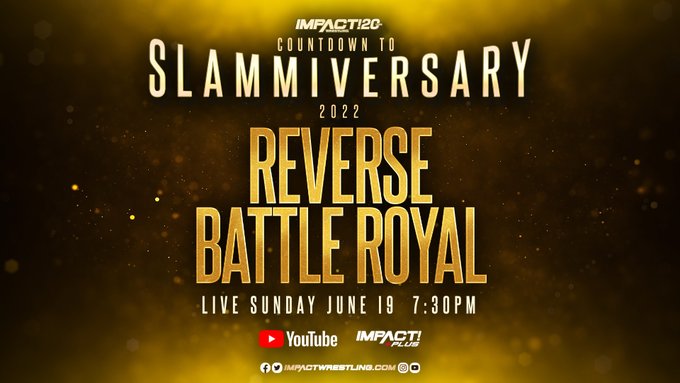 IMPACT Wrestling is celebrating 20 years as a company and this weekend is their Slammiversary event. With the main card completed, two matches were set for the “Countdown to Slammiversary” pre-show.

There will be a Reverse Battle Royal, which will see the talents start the match outside the ring and they will compete for half the field to enter the ring, which will then become a standard Battle Royal.

On top of that, the Digital Media Championship will be on the line when Brian Myers takes on Rich Swann. Matt Cardona offered the title to Myers, although he lost it to Swann on The Wrestling Revolver’s 5/28 show.

BREAKING: The Reverse Battle Royal Returns and Rich Swann Tackles @Myers_Wrestling for the Digital Media Championship on #CountdownToSlammiversary FREE LIVE streaming this Sunday at 7:30 PM ET on IMPACT Plus and YouTube!

With the additions of the pre-show matches, below is the updated Slammiversary map:

A native of Maryland and a graduate of Norfolk State University, Andrew Thompson has been covering wrestling since 2017.