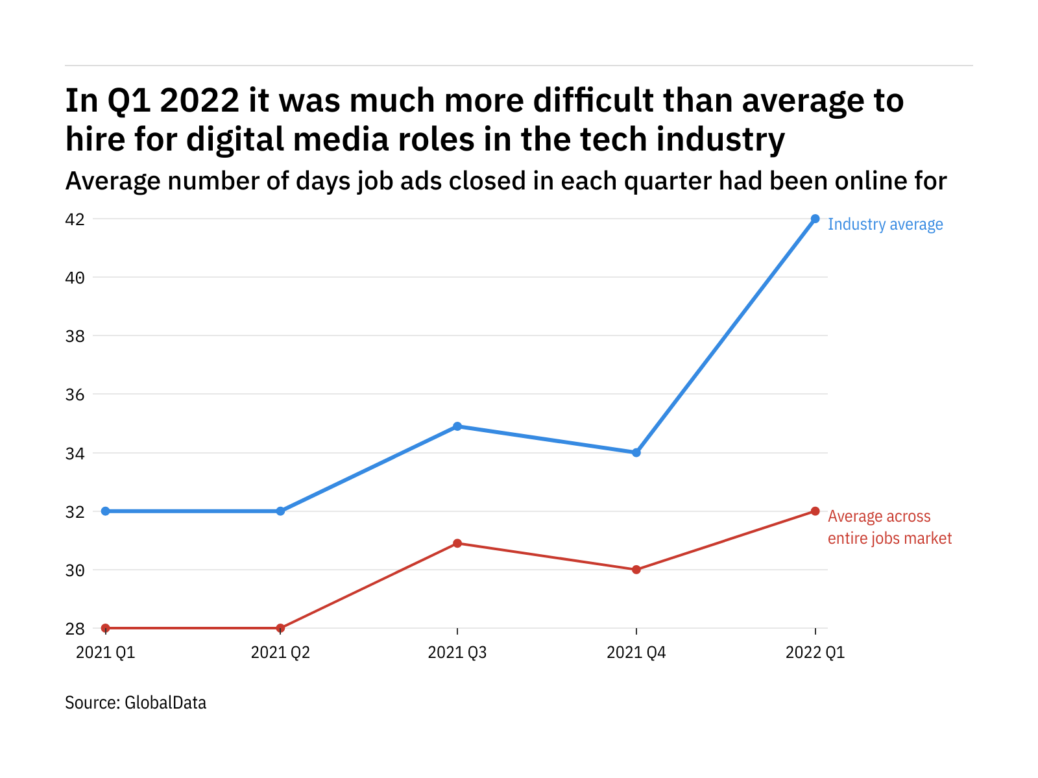 Digital media jobs that were closed during the first quarter of 2022 had been online for an average of 42 days when they were taken offline.

This is an increase from the equivalent figure a year earlier, indicating that the skills required for these roles have become harder to come by over the past year.

Digital media is one of the topics that GlobalData, our parent company and from which the data for this article is drawn, has identified as a key disruptive technology force that businesses will face in the years to come. Companies that excel and invest in these areas are now seen as better prepared for the future business landscape and better equipped to weather unforeseen challenges.

Regionally, these positions have been the hardest to fill in Asia Pacific, with related jobs that went offline in Q1 2022 having been online for an average of 53.9 days.

The second most difficult place to fill these roles turned out to be North America, while Europe took third place.

At the other end of the scale, jobs were filled fastest in the Middle East and Africa, with ads going offline after an average of 19.5 days.

While the tech industry had a harder time filling these positions over the past quarter, these companies also had a harder time recruiting digital media jobs than the broader market, with online ads during 31.2% more time on average compared to similar jobs across all jobs. market.

GlobalData’s job analytics database tracks the daily hiring patterns of thousands of companies around the world, pulling in jobs as they are posted and tagging them with additional layers data on everything from how long each position has been in to whether a job is related to a larger industry. tendencies.

You can follow the latest data from this database as it emerges by visiting our live dashboard here.